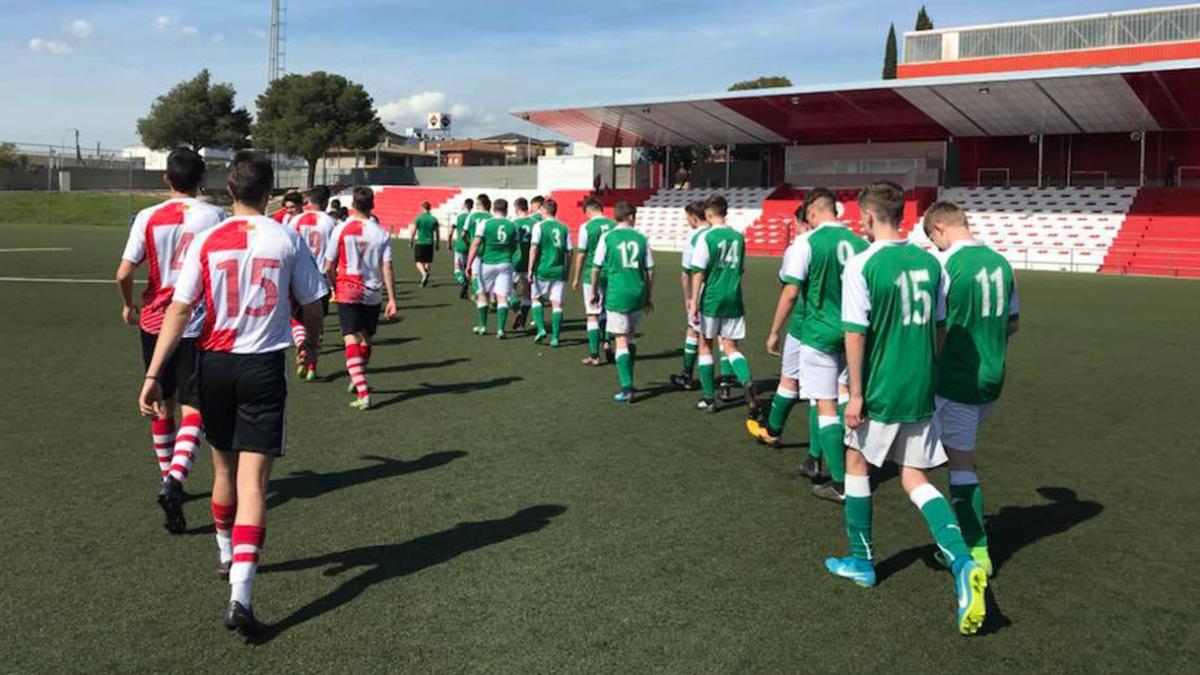 During half term, the men’s football and rugby teams went on a week-long tour of Barcelona, testing themselves against some talented Catalan sides.

The tour was the first of its kind for the College teams and were proudly supported and sponsored by Wakefield travel agent One World Travel.

Amongst sightseeing across the city the boys got access to the Camp Nou, Barcelona FCs infamous stadium where they were shown around with access to the dressing rooms to follow in the footsteps of the likes of Messi, Suarez and Coutinho.

Mixed with free time to relax, recover and visit the beach the lads played a Catalan team at their respective sport. Firstly the Rugby team flew the flag for England as they easily beat an organised Sant Cugat team putting the game to bed in the first half. A solid team display and good individual skill, set the tour off with a win.

The next day it was down to the footballers to follow suit. They faced a team from the Spanish fourth tier (League 2 equivalent in the EFL) called UE Rubi. The game started off quick and Wakefield the stronger. Chance after chance fell at the strikers feet and eventually broke the deadlock with a great bit of play. Unfortunately UE Rubi bounced straight back with a great free kick but Wakefield beat them at their own game. Ticky-Tacka football combined with our elite physicality put the game out of sight with two superb team goals. As the game went on it got more physical but Wakefield held on to win 3-2 and complete the tour unbeaten.

Ben Severn, Head Football Coach said, “The result and performances are one thing, but the main purpose of the trip is for the lads to develop themselves. Some have never been on a plane or had a passport and by joining the Academy of Sporting Excellence at Wakefield College they have had the chance to see other cultures, make new and lasting friendships and fly the flag for England as they played Spanish teams at their sport”.

The successful and busy trip offered great experiences for the students. The College hope to repeat the same trip in future years, and offer the next generation of players the chance to widen their skills.

For more information on the Academy of Sporting Excellence, contact Ben Severn b.severn@wakefield.ac.uk