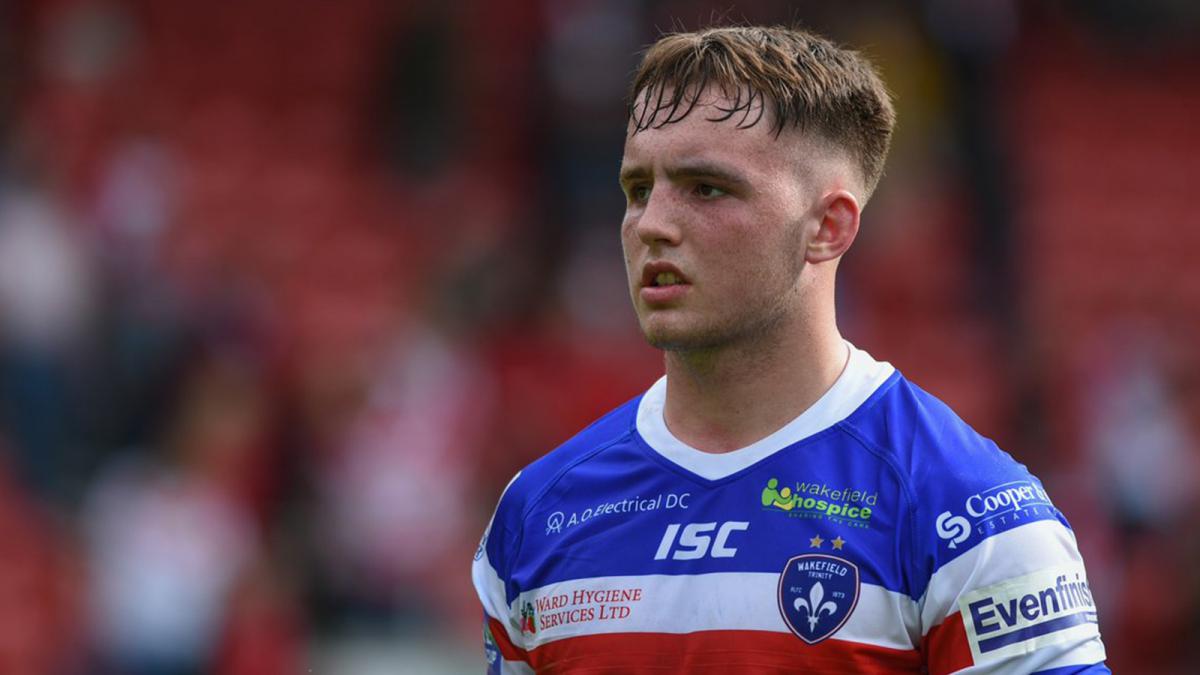 Wakefield College Sport Level 3 student Jack Croft was selected to make his debut for Wakefield Trinity’s First Team the other week against St Helens in the Challenge Cup Quarter Finals.

Jack who is still in College studying the Sport Level 3 is part of the Academy of Sporting Excellence’s Rugby Development Programme. Jack joined the college to gain an education but also to develop his Rugby skills at the same time. With Strength & Conditioning, analysis, professional training sessions lead by Wakefield Trinity coaches and fixtures in the RFL Colleges league he has gone on from strength to strength and has taken the eye of First team manager Chris Chester.

Chester put his faith in Jack by starting him in Wakefield Trinity’s Challenge Cup quarter final against St Helens live on the BBC. In a tough game where Wakefield were underdogs Jack managed to get the first try for Wakefield on his debut and minimise the score. Unfortunately it wasn’t Wakefield’s day and they went on to lose but 18 year old student Jack Croft saw his dreams come true. His performance never went unnoticed and has since held a position in the starting line up for every game since.

Jacks achievements followed that of former Wakefield College Rugby Development Player and current HNC student Lee Kershaw who also made his debut for Wakefield Trinity earlier this season. In similar fashion to Croft he as well managed to cross the white line and score a try on his debut at home vs Leeds Rhinos.

Head of the Sport Academy at Wakefield College Ben Severn says “This is stuff that dreams are made of and I am so proud of both the lads. They fully deserve all they get and it’s a credit to them they are managing to play and perform at such a high level whilst still in education. Massive credit to the teaching staff that have put the hard work in and allowed them to train with the first team and to all the coaching staff who have helped play a part in his development to get him to this stage.”

The two boys follow in the footsteps of another college student, James Batchelor who also graduated from the Rugby Development Programme and is going from strength to strength in the first team and also England representative squad.

For more information on the Rugby Development Programme at Wakefield College please contract Ben Severn on b.severn@wakefield.ac.uk. There are still a few places available for next years squad.