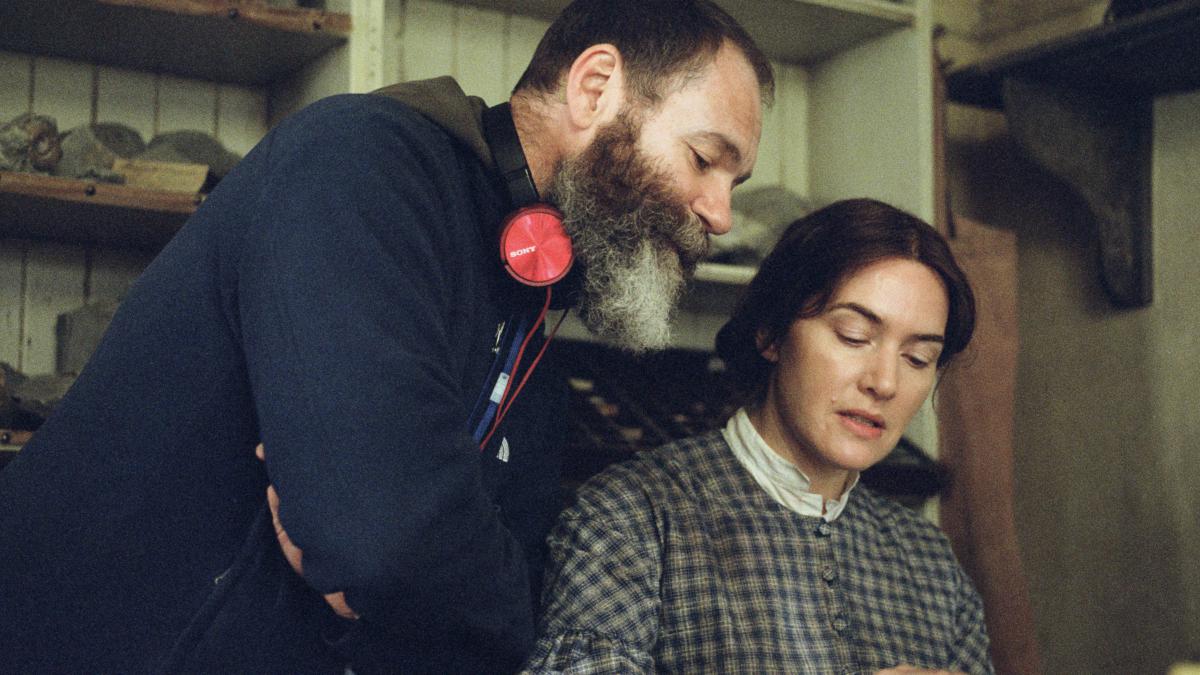 Fresh off releasing his latest feature film Ammonite, writer-director and former Wakefield College student Francis Lee sat down with us to chat about the film, his time at the College and advice on getting into the Film industry.

Hi Francis, we’re so happy to be chatting with you today, so thanks a lot for joining us.

No honestly, it’s my pleasure, really happy to be here.

Firstly, congratulations on Ammonite, how does it feel to finally get a wide release in the UK, even if under very unusual circumstances?

I mean obviously, it’s been a very tough year for film. I finished Ammonite just before the first lockdown in March 2020, and the film was selected to go to Cannes, you know the most important film festival in the world. I had never been and had never shown a film there before, so I was super excited, only for Cannes to be cancelled along with a lot of other festivals. Then of course with cinemas not being open it was a shame as I had made the film for the cinema and for that experience. On one hand, I’m super happy that people finally get to see the film but obviously, it would be wrong of me to say I wasn’t disappointed that it wasn’t going out to cinemas.

Taking a trip down memory lane now, many may not know that you attended Wakefield College back in the 1980s. How was it you ended up here at the College and what was your Wakefield experience like?

Yes so, I went to school in Sowerby Bridge in the early 1980s, and when I got to 16 I knew that I wanted in some way to pursue performing arts. I didn’t know exactly how, but I knew I wanted to study it. At the time there was nowhere in Halifax or the Calderdale borough that you could do any kind of course in performing arts. The nearest place available for me was at Wakefield College. So, I applied and went for my interview and was of course super nervous, but honestly just thoroughly impressed by the facilities and how cool it looked.

It was a two-year course in performing arts with A-levels. I believe it was Theatre Studies, Stage Décor and Costume, and then I could do another A-Level. I was really excited when I got in.

One of my biggest memories of my time there was just how long it took to get to Wakefield from Sowerby Bridge, which took me around three hours on three different buses. After a while it just became impossible travelling six hours a day, so eventually I started renting a little house on Gaskell Street in Wakefield with my friend Nikki who also lived in Halifax.

But I just loved studying here. It was the first time I felt truly understood and that what I wanted to do was viable. It felt great to also be around other people who wanted to do the same thing. I loved discovering dance because there was a dance club, I loved designing the sets, doing the plays and learning the history of theatre. Then the tutors themselves were also so brilliant. Shoutout to Philipa Goodwin, David Taylor and Diana Burrows, who were all fantastic and really inspiring. My time here really gave me that fire in my belly.

I don’t know what the facilities are like now of course, but in the early/mid-eighties the facilities there were just amazing. There was a theatre, and every Tuesday a different theatre company would come in and do a professional show. There was a bar, some tutorial rooms. Yeah it was really cool, I loved it.

Would you say that your time studying performing arts at the College helped to inspire your work today?

Yes completely. I think discovering lots and lots of different things definitely has an effect. You know, I discovered a real love of production design here, and a real love of the intricacies of design which are things I still use very much today. Things such as how you frame something, what story are you telling by what is visible in the frame such as the objects around you or the colours you are using.

Discovering plays and playwrights that I, up until that point, had no idea about and seeing a lot of theatre through trips was also a big inspiration.

Moving on to your time after Wakefield, going from the College can be a pretty daunting experience for people leaving. How was it setting out into the world during those first few years?

Honestly, after two years at the College I actually didn’t apply for university or drama school and instead got a job in a pub and on the side worked with a theatre in education company, because at the time I wasn’t sure if I wanted to continue in education.

But after a year I’d had enough and decided to audition for drama school to train to be an actor and managed to get in.

So after a while, you went on from acting to starting to make your short films, what was the process like of going from your career in acting to going into writing and directing? Was there a specific moment of clarity where you motivated yourself to get going or was it a gradual set of events?

I mean to be absolutely honest with you, I wasn’t very good at acting and although I was lucky sometimes and managed to get some jobs, I never felt very comfortable in front of a camera or on stage. I’d actually given it up by the time I was around 35 and got a job in a scrapyard in London. I think I’d always known I’d wanted to write and tell my own stories, and I knew I always wanted to do that visually through cinema. But even with coming to Wakefield and having that education, I didn’t know how you did it. Filmmaking is a very middle-class profession and someone like me generally doesn’t make films. So I was very confused about how you did it or how you got access to it.

I’d been working at the scrapyard for around five years not really doing anything about it, and I got to 40 and thought: do you know what, if you are actually going to try and make a film, you’re going to have to get on with it.

So, it was actually turning 40 that made me write my first short film and save up the money to make it.

You mentioned how filmmaking is a very middle-class profession, from our point of view we’re hopefully starting to see improvements in this area with the setting up of educational partnerships with organisations such as Screen Yorkshire hoping to develop more diverse routes into the industry. Based on your own experience, what advice would you give to younger people currently trying to get into the industry?

I mean firstly I think I’d tell them that it is a profession that anybody can be a part of, and the only limitations I think are yourselves. In my experience as I mentioned, I had that feeling that someone from my background couldn’t be working in film.

I would say, start making your own work. We all have smartphones these days with fantastic cameras on them and lots of us have access to computers where we can edit our own stuff. I would say get experimenting, start writing your own little stories and shooting them and getting your mates involved.

On my first short film there were so many limitations, I had no money for a starter, so nobody could get paid. I only had one location so everything had to be shot there. But it’s about working with what you’ve got.

But I’d also say, not just with people who want to write or direct or act, the industry has so many brilliant careers for lots of different types of jobs. Electricians, carpenters, set decorators, designers and now a whole massive industry in VFX. So many of these jobs can be hugely rewarding.

If there was one thing about the industry you wish someone had told you before you go into it, what would that be?

In all honesty, it would be if someone had said to me, you can do this. It is a possibility. Seeing it as a more open and inclusive place, I think that would have given me the confidence to explore it much earlier and not wait until I was 40. 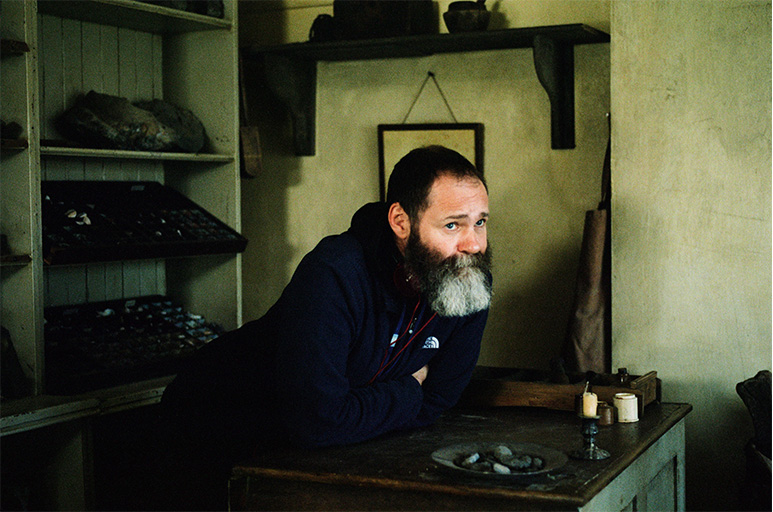 After your short films you of course went on to film your first feature film God’s Own Country, which was set in our local area of West Yorkshire. Other than being your home of course, what is so unique about the area that inspired you to make the film and perhaps still inspires you now?

For me it’s the landscape, I mean I’m looking out of my window now because I can see it. It’s these hills and moors that have inspired great works of art from the Brontës, Hockney, Ted Hughes or whoever. But for me, there’s also a sense of difficulty around the area, about feeling isolated and getting through the very long, dark and cold winters. I think there’s a resilience that comes out from the people here who live in this environment.

Then you have all the valleys and post-industrialist towns that are these really fantastic and vibrant melting pots of people, that throw up these really interesting stories.

I’ve written three films here now, and although they’re not all set in West Yorkshire, this landscape is something that continually inspires me.

Do you think you’d like to do any more films in Yorkshire or are you hoping to expand your horizons?

So God’s Own Country was obviously set here, Ammonite was set in Dorset. The next film although written here is set in the Arctic. There is an idea that I have that I’m currently working on although in the very early stages, that is set in West Yorkshire. I think it is a landscape I’ll always come back to.

Well we look forward to hopefully seeing that at some point in the future. We know you’re super busy Francis so we’ll let you get off, thanks so much for taking the time to come chat to us.

Honestly, it was my pleasure, thank you so much for chatting to me.